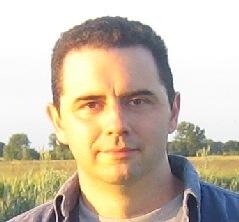 Virtual Reality: What's It Good For?

Abstract -- That is for you to figure out!  You may have seen articles appearing everywhere these days on virtual reality (VR) technology and how it is poised to become the next great medium or platform.  Industry leaders are pouring billions into this field, including the 2014 purchase of Oculus by Facebook for $2 billion.  VR has been overhyped before, which led to an unfortunate implosion of interest in the 1990s.  The difference now is that the commodity components from the smartphone industry--computers, sensors, and displays--have surprisingly enabled low-cost, wide-field-of-view VR headsets to be mass produced.  The question remains: What is this new medium or platform good for?

Smartphones were once designed to be telephones, but their success is based on almost everything but making phone calls.  Examples include maintaining social networks (Facebook) and arranging transportation (Uber).  VR is in the early stage that smart phones were in 15 years ago.  The current generation is targeted at video games, but the most transformative uses of VR are yet to be discovered.  While industry leaders use their experience and power to push in directions that seem like more of the same, we will also see numerous small teams trying completely new ideas from scratch.  This is where universities and startups can exert great influence over our future.  This talk will touch upon lessons learned while a student, a professor, an early employee at Oculus VR, and, most recently, while developing a new VR course and research program at UIUC.

In 2012 he was named "University Scholar" among six other professors at the University of Illinois, Urbana-Champaign.

During 2015, he is featured on displays offering expert perspective in the Robot Revolution exhibit at the Museum of Science and Industry (Chicago).

During a leave of absence from the University of Illinois, LaValle started working for Oculus VR in September 2012, a few days after their Kickstarter campaign. He served as their principal scientist from March 2013 until the company was acquired by Facebook in July 2014, addressing virtual reality challenges "including sensor fusion, magnetic drift correction, and kinematic modeling" while disseminating the company's technical achievements in a science blog. He developed head tracking methods for the core software, based on IMUs and computer vision, and led a team of perceptual psychologists to provide principled approaches to virtual reality system calibration and the design of comfortable user experiences. He was a coauthor of the first Oculus SDK Overview. He is a coinventor on two Oculus VR patents. One (with Peter Giokaris) is for perception based predictive tracking for the Oculus Rift, which was crucial in reducing perceived tracking latency. The other is for sensor calibration and filtering methods, which were important for highly accurate, low-latency tracking. 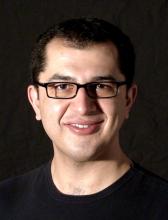 Abstract -- The increasing emergence of robotic technologies that serve as automated tools, assistants, and collaborators promises tremendous benefits in everyday settings from the home to manufacturing facilities.  While robotic technologies promise interactions that can be far more complex than those with conventional ones, their successful integration into the human environment requires these interactions to also be natural and intuitive.  To achieve complex but intuitive interactions, designers and developers must simultaneously understand and address human and computational challenges.  In this talk, I will present my group’s work on building human-centered guidelines, methods, and tools to address these challenges in order to facilitate the design of robotic technologies that are more effective, intuitive, acceptable, and even enjoyable.  In particular, through a series of projects, this work demonstrates how a marrying of knowledge about people and computational methods can enable effective user interactions with social, assistive, and telepresence robots and the development of novel tools and methods that support complex design tasks across the key stages of the design process.  The talk will also include our ongoing work that applies these guidelines to the development of real-world applications of robotic technology and that targets the successful integration of these technologies into everyday settings.

Biography -- Bilge Mutlu is an associate professor of computer science, psychology, and industrial engineering at the University of Wisconsin–Madison.  He received his Ph.D. degree from Carnegie Mellon University's Human-Computer Interaction Institute in 2009.  His background combines training in interaction design, human-computer interaction, and robotics with industry experience in product design and development.  Dr. Mutlu is a former Fulbright Scholar and the recipient of the NSF CAREER award as well as several best paper awards and nominations, including HRI 2008, HRI 2009, HRI 2011, UbiComp 2013, IVA 2013, RSS 2013, HRI 2014, CHI 2015, and ASHA 2015.  His research has been covered by national and international press including the NewScientist, MIT Technology Review, Discovery News, Science Nation, and Voice of America.  He has served in the Steering Committee of the HRI Conference and the Editorial Board of IEEE Transactions on Affective Computing, co-chairing the Program Committees for ROMAN 2016, HRI 2015, ROMAN 2015, and ICSR 2011, the Program Sub-committees on Design for CHI 2013 and CHI 2014, and the organizing committee for HRI 2017.

Abstract:  Unmanned Aerial Vehicles (UAVs) are increasingly being used for everything from crop surveying to pipeline monitoring. They are significantly cheaper than the traditional manned airplane or helicopter approaches to obtaining aerial imagery and sensor data. The next generation of UAVs, however, will do more than simply observe. In this talk, I will discuss the challenges of using aerial robots very close to the water to obtain aerial water samples and sensor data from remote waters locations without needing to bring a boat to each location. When flying close to water, there is little time to react to errors and among obstacles. I will discuss automated software analysis techniques we are developing to detect and correct system errors to reduce risk and increase safety. I will focus on our recent work on the UAV-based water sampler system, but also discuss other applications we are pursuing, including using UAVs to recharge remotely deployed sensors and how we are using very low flying UAVs to monitor the growth of crops.

Biography:  Dr. Carrick Detweiler is an Assistant Professor in the Computer Science and Engineering department at the University of Nebraska-Lincoln. He co-directs and co-founded the Nebraska Intelligent MoBile Unmanned Systems (NIMBUS) Lab at UNL, which focuses on developing software and systems for small aerial robots and sensor systems. Carrick obtained his B.A. in 2004 from Middlebury College and his Ph.D. in 2010 from MIT CSAIL. He is a Faculty Fellow at the Robert B. Daugherty Water for Food Institute at UNL and recently received the 2014 College of Engineering Henry Y. Kleinkauf Family Distinguished New Faculty Teaching Award. He is currently lead PI on NSF and USDA grants, including a National Robotics Initiative Grant. In addition to research activities, Carrick actively promotes the use of robotics in the arts through workshops and collaborations with the international dance companies Pilobolus and STREB. 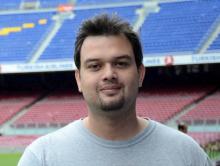 Abstract:  Millions of Facebook accounts on fake. These fake accounts are used for reputation fraud by infiltrating our friend networks, spying on our personal information, writing fake reviews, etc. Little is known about who creates and operates these fake accounts, and how do they make money. This talk will discuss ongoing research at the University of Iowa to understand the thriving fraud ecosystem on Facebook.

Biography: M. Zubair Shafiq is an assistant professor of computer science at the University of Iowa. His research interests include networking, security, Internet measurement, and performance evaluation.

Solve for XX: a Women's Perspective in Tech 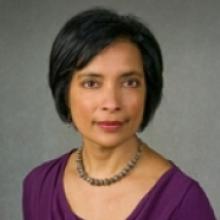 Moderator:  Meenakshi Gigi Durham is a distinguished scholar, teacher, and writer whose work centers on media and the politics of the body. Her research emphasizes issues of gender, sexuality, race, youth cultures, and sexual violence.  She holds a joint appointment in the Department of Gender, Women's and Sexuality Studies.

Sheila Castañeda:  Sheila Castañeda is Professor Emerita of the Computer Science Department at Clarke University, Dubuque, Iowa.  She received her MS in Computer Science from The University of Wisconsin - Madison in 1979 and taught at Clarke University until her retirement at the end of 2014.  Her professional interests include computer science education, programming languages and database systems.  She is a member of the Computer Research Association's Committee on the Status of Women in Computing and is co-director of the Early Career Mentoring Workshops - Education  (CMW-E) and co-director of the Collaborative Research Experience for Undergraduates (CREU).  She is a member of the Iowa STEM Statewide Computer Science Workgroup working to establish more computing opportunities in Iowa schools.  She is also a member of the Sister City Relationship Advisory Commission for the City of Dubuque. She is married and has four grown children and three granddaughters.  Away from the office she enjoys traveling, gardening, baking, sewing and spending time with her family.

Patricia Steinbrech is the CIO and Senior Vice President of IT and Operations at ACT in Iowa City:

Patricia leads ACT's efforts in business intelligence and data analytics. A graduate of Penn State, she joined ACT in 2012 after 18 years at Johnson & Johnson, where she was CIO and Vice President in the Global Pharmaceutical Group.

Maria Kraimer holds the Leonard A. Hadley Chair in Leadership in the University of Iowa's Tippie College of Business Department of Management and Organizations:

Maria Kraimer brings her expertise on gender issues related to career success, explanations for the pay gap between men and women, as well as work-related factors that impact women's career advancement to the panel.