Talk Abstract: As technology has increasingly brought computing off of the laptop and into our social domain, we see society more and more impacted by the interactions allowed by mobile technologies and  increasingly ubiquitous communications.  These new sources of data, coupled with new breakthroughs in computation, and especially AI, are opening new vistas for ways that information comes into our world, and how what we do increasingly impacts others.  Current social networking sites will be, to the coming generation of social machines, what the early "entertainment" web was to the read/write capabilities once called "Web 2.0."  In this talk, we explore some of these trends and some of the promises and challenges of these emerging technologies.

Bio: James Hendler is the Director of the Institute for Data Exploration and Applications and the Tetherless World Professor of Computer, Web and Cognitive Sciences at RPI.  He also serves as a Director of the UK’s charitable Web Science Trust.  Hendler is coauthor of the recently published “Social Machines: The Coming Collision of Artificial Intelligence, Social Networking, and Humanity” (APress, 2016) and the earlier “Semantic Web for the Working Ontologist” (Elsevier, 2009/2011), “Web Science: Understanding the Emergence of Macro-Level features on the World Wide Web” (Now Press, 2013), and “A Framework for Web Science” (Now Press, 2006).  He has also authored over 300 technical papers and articles in the areas of Semantic Web, artificial intelligence, agent-based computing and high performance processing.

One of the originators of the “Semantic Web,” Hendler was the recipient of a 1995 Fulbright Foundation Fellowship, is a former member of the US Air Force Science Advisory Board, and is a Fellow of the American Association for Artificial Intelligence, the British Computer Society, the IEEE and the AAAS. He is also the former Chief Scientist of the Information Systems Office at the US Defense Advanced Research Projects Agency (DARPA) and was awarded a US Air Force Exceptional Civilian Service Medal in 2002. He is also the first computer scientist to serve on the Board of Reviewing Editors for Science. In 2010, Hendler was named one of the 20 most innovative professors in America by Playboy magazine and was selected as an “Internet Web Expert” by the US government. In 2012, he was one of the inaugural recipients of the Strata Conference “Big Data” awards for his work on large-scale open government data, and he is a columnist and associate editor of the Big Data journal. In 2013, he was appointed as the Open Data Advisor to New York State and in 2015 appointed a member of the US Homeland Security Science and Technology Advisory Committee. In 2016, Hendler became a member of the National Academies Board on Research Data and Information.

ACM involvement: Hendler’s involvement in ACM goes back to his days as a graduate student in the 1980s.  He has served on numerous committees including chairing the distinguished dissertation committee, various other award committees, and numerous conference and journal roles.  He has been associate editor of ACM Transactions on the Web, and the ACM Transactions on Internet Technology.  Currently he is a member of the USACM Council, an advisor to SIG-AI, a member of the SIG-Web committee coordinating the ACM Web Science conference.

Talk Abstract: Lee Brintle founded Leepfrog Technologies while a student at the University of Iowa, selling code commercially that he was already writing for fun. Building an Internet company in the 1990s was a unique and heady time, and Leepfrog's shift in 2008 to focus on a single product line brought about its own internal changes, impacting the staff, how the coding is done, and how the business is organized.

Bio: Lee Brintle is the founder of Iowa City-based Leepfrog Technologies. He started Leepfrog in 1994 writing "database-driven Gopher applications," back when that was a thing. Leepfrog has grown from a general-purpose Internet software company to a company focused on the CourseLeaf suite of academic management software, employing more than eighty.  CourseLeaf is used by hundreds of academically complex institutions in North America and employes more than eighty staff. He has his BS and MCS in Computer Science from the University of Iowa. In addition to being Leepfrog's CEO, he is also the lead software architect and still writes code when he can. 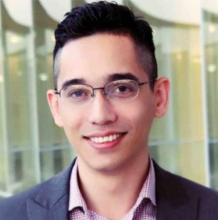 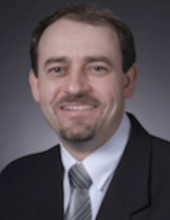 Talk Abstract: Developmental robotics is an emerging field that blends the boundaries between robotics, artificial intelligence, developmental psychology, and philosophy. The basic research hypothesis of developmental robotics is that truly intelligent robot behavior cannot be achieved in the absence of a prolonged interaction with a physical or a social environment. In other words, robots must undergo a developmental period similar to that of humans and animals. Using a new paradigm based on observations of how human infants develop their skills, the goal of this field is to create autonomous robots that are more intelligent, more adaptable, and more useful than the robots of today, which can only function in very limited domains and situations.

This talk will focus on research results that show how a robot can solve multiple tasks based on what it learns during a developmental period similar to a child's play. During this period the robot actively tries to grasp, lift, shake, touch, scratch, tap, push, drop, and press objects. At the end of this period the robot knows what different objects sound like when they are dropped, feel like when they are squeezed, etc. Because these properties are grounded in the robot's sensorimotor repertoire the robot can autonomously learn, test, and verify its own representations without human intervention. The talk will demonstrate how the robot can use this information to recognize objects, separate objects into functional categories, and even find the odd-one-out in a set of objects. The talk will also demonstrate how the robot can use sensorimotor interactions to bootstrap the development of its visual system in the context of a button-pressing task.

Bio: Alexander Stoytchev is an Associate Professor of Electrical and Computer Engineering and the Director of the Developmental Robotics Laboratory at Iowa State University. He received his MS and PhD degrees in computer science from the Georgia Institute of Technology in 2001 and 2007, respectively. His research interests are in the areas of developmental robotics, autonomous robotics, computational perception, and machine learning.

In this  talk, I will first describe a project with in-depth interviews and surveys that inform the design of future  eyes-free exercise technologies. I will then describe a solution that I designed and developed called Eyes-Free Yoga, which is an accessible yoga exergame that provides auditory instructions and feedback. Next I will describe the design and evaluation of Eyes-Free Art, an  audio proxemic interface  to help explore 2D paintings. Finally, I will discuss the opportunities for developing technologies to enhance quality of life for people who are blind or low vision including exercise in the wild, working with children, and improving experiences with art and community.

Bio: Kyle Rector is an Assistant Professor at the University of Iowa in the Department of Computer Science. She has research interests in Human-Computer Interaction and Accessibility. More specifically, she is interested in developing Eyes-Free Technologies that enhance quality of life, including exercise and art technologies for people who are blind or low vision. She is a Google PhD Fellow (2015), an NSF Graduate Research Fellow (2012-2015), a Google Anita Borg Scholar (2010), and a Palantir Scholarship for Women in Technology Semi-Finalist (2013). Her research has been recently covered by MIT Technology Review, Microsoft, Gizmag, GeekWire, and c|net. Kyle received her BS from Electrical & Computer Engineering and Computer Science from Oregon State University (2010) and her MS and PhD from the Department of Computer Science and Engineering at the University of Washington, co-advised by Julie Kientz and Richard Ladner (2016).